Two days after my 70th birthday I sang love songs to my wife for a half hour. I enjoyed it, she enjoyed it, and so did my daughters and their husbands.

I found a talented accompanist, Nathan Joseph, who could both lead and follow me. He played his electric piano as I sung transposed charts suitable for my baritone.

Regular readers will remember the previous steps; I started writing love poems to Vicki, then paid a Welsh freelancer to set them to music and sing them. I don’t sing as well as he does, but I like to think there was more heart in my version. I will be posting links to the video (kindly shot by one of my sons in law) as soon as it’s available.

I love to perform in public, so I considered this recital a gift from them to me. There were only five people in the audience, not counting my grandchildren who weren’t all that interested. I suspect that’s as many people as were listening to me 55 years ago when I first broadcast on KBPS. But it was more people then watched the Pauli Schindler show which I put it on with my brother Steve at age 10. The microphone was a string tied to a spoon, and the camera was a broom.

Don’t Bleed on the Copy

“Don’t bleed on the copy” started out as literal advice when I was in college. We printed out stories on an IBM MT/ST typesetting system, then glued it to boards which were turned into plates for offset printing. We used Exacto Knives to cut up the copy; careless people like me would cut themselves, bleed on the copy, and slow things down by requiring reprints. My first managing editor, Bill Roberts, coined the phrase, I think.

In any case, after college, it became a metaphor; ‘Don’t bleed on the copy” was short for “don’t fight so hard to publish every word you’ve written. They’re not all that good. Do you really want to die on this hill?” I carried the metaphor with me to several journalistic organizations, where it had a brief currency.

I was put in mind of it last week as I prepared to sing my love songs, in a home recital, to my wife and family. Ten songs, three minutes each, a half hour. Right?

Well, no. You have to breathe, drink water, and make a few comments between songs. What to cut? I bled all over the set list, and managed to cut two songs and one verse so far. We’ll see. In any case, I thought of bloody copy from a half-century ago when I made those decisions.

My all-time favorite movie: Groundhog Day. I have created a fan site that is universally acknowledged to be the best on the Internet dedicated to this work of art.

Internet Blows It Again: Defending Your Life/Testimony Of Light

This is the third in what is apparently becoming a series. I have previously complained about the lack of information on the open internet about the night Cronkite stood up, and Patty/Kathy from the Patty Duke Show being quaternary cousins. And now, I complain that no one has pointed out the startling similarity between Testimony of Light: An Extraordinary Message of Life After Death by Helen Greaves (1969) and Defending Your Life written/directed Albert Brooks.(1991).

If you haven’t seen the film, stop here. If you have, ask yourself if the premise of the film doesn’t sound a lot like this scene from the book (condensed for space reasons):

Suddenly [there appeared] a cinema or television screen. Pictures began to emerge on it. They showed moments of stress, moments of triumph, moments of failure in the earth life of Doctor X. We saw patients; we watched him in his diagnoses; we followed him to the theater and witnessed his operations…

The pictures on the “screen” went on and on.

We were taken into the homes, lives, families of those on whom the Doctor had performed his successful operations. We saw the benefit to humanity, the healings, the resumption of happy, useful lives which were the results of this man’s skill.

To be fair, I wrote to Albert Brooks, and his assistant responded he’d never seen the book. And, I find that “life review” is a widely discussed topic, usually in the context of “my life flashed before my eyes” at the moment of death. But it is sufficiently out there that Brooks may simply have absorbed it and repeated it, something which may also have happened to Greaves.

I believe this picture is worth a thousand words. 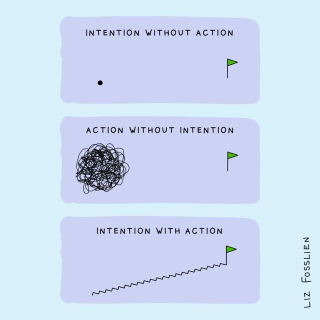 Life after Death
Testimony of Light: An Extraordinary Message of Life After Death by Helen Greaves is a touching work about life after death. The author says her dead friend “dictated” the book to her. It is well-thought-out, and matches many of the conceptions of afterlife. I am not convinced, but hope it is true
…
Interesting Twitter Bot
I don’t use twitter so I can’t test it myself, but it sure looks interesting: Trevor Noah's team created a Joe Biden 'insult bot' on Twitter and it's really something
…
GOP Facism
The Donald Trump/Proud Boy/Oath Keepers faction of the Republican Party has completed its transformation into a fascist, authoritarian death cult, per this excerpt from the Netflix documentary series How To Become A Tyrant.
…
Dan Rather: The Truth is What It Is
Dan Rather thinks the time is past for “objective reporting” when our very democracy is threatened.  Why Am I Speaking Out? The truth is what it is

From Tom Rush in his weekly newsletter, some funny ones:

He has no enemies, but is intensely disliked by his friends."
- Oscar Wilde

"He had delusions of adequacy."
- Walter Kerr

"Some cause happiness wherever they go; others, whenever they go."
- Oscar Wilde

"I've had a perfectly wonderful evening. But this wasn't it."
- Groucho Marx

From my friend Clark Smith:

“Lord, grant me patience. For if you grant me strength, I will also need bail money.”
-the Book of Comic Prayer

From my UPI chat group:

“Who, in their right mind, Kevin, could possibly deny (that) the 20th century was entirely mine? All of it, Kevin! Mine!”
- Al Pacino, playing Satan, in the movie  The Devil's Advocate.

Readers of this column surely remember Dan Quayle’s term as vice president) He was described in my UPI chat group as,“not only almost cutely benign in retrospect, but a minor hero of Jan 6 [He advised Pence not to try to overthrow the election results].”

Here’s a collection of Quayle quotations collected by Associate Professor of Finance Rauli Susmel from the University of Houston C. T. Bauer College of Business.