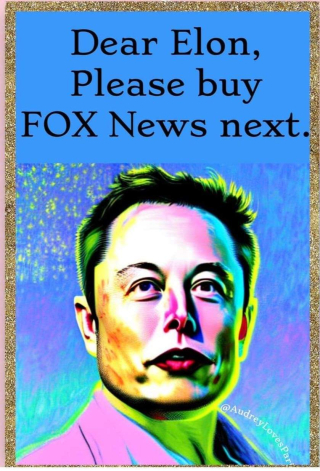 A collection of miscellaneous funny memes 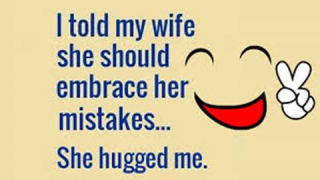 During my 30 years as a journalist, I bought a copy of the World Almanac every year and saved all the old ones until the Internet made them obsolete. So I enjoyed this excerpt from Earth by the Daily Show with Jon Stewart that appeared in my UPI chat: a list of religious books, New Testament, Old Testament, The Koran and, Ready? The 2010 World Almanac.

Venerated by: People who still hadn't discovered the Internet.

Who Actually Wrote It: an intern with last year's almanac and access to Wikipedia.

Questionable Claim: somebody somewhere cares when Vivian Vance was born.

Okay to Burn? Knock yourself out.

Humor: The Difference Between Brits and Americans

From Leah Garchik's Personals column in the San Francisco Chronicle of April 11, 2000.

Q: What is the difference between the English and American peoples?

A: Number one: We speak English and you don't. Number two: When we hold a world championship for a particular sport, we invite teams from other countries. Number three: When you meet the head of state in England, you only have to go down on one knee.''

Larry King noted: “John Cleese touched on only a few of the differences between the U.S. and U.K. He omitted, for example: In the U.S., political sex scandals usually involve women.”

I forwarded that to Leah Garchik, who riposted:
”Very funny. I'll bet there's a BIG list of those differences.”

I think Liz Fosslien may be the finest graphic observer of corporate behavior since Scott “Dilbert” Adams. There are many fine memes at her site, but I especially like this one which I first saw on LinkedIn. 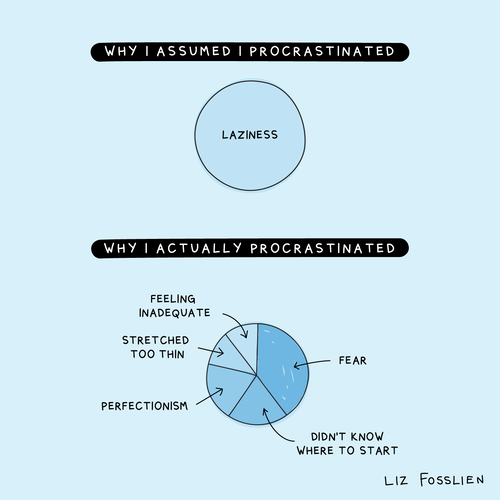 From the late and lamented Top5 Humor site:

Worst Piece of Advice From a Doctor...
1> "Eat more and exercise less; I could use the business."

This was  my 17th number one in 18 years of contributing to the list--which means, on average I hit the top once every year.  But of course, from 2003-2014 I didn't participate at all, so actually my average is more like two or three times a year. Maybe if I keep at it I can be inducted into the hall of fame sometime. (never did make it)

Also, The Top 11 Reasons to Visit the Abercrombie & Fitch Emergency Room
6> No one over 30 allowed in, resulting in much shorter lines at the admissions desk.

How many of these are original? Zero. This list is all over the Internet like White on Rice. It is frequently attributed to George Carlin, but I can’t find an original source.

*How come wrong numbers are never busy?
*Do people in Australia call the rest of the world "up over"?
*Does that screwdriver belong to Philip?
*Does killing time damage eternity?
*Why doesn't Tarzan have a beard?
*Why is it called lipstick if you can still move your lips?
*Why is it that night falls but day breaks?
*Why is the third hand on the watch called a second hand?
*Why is it that when you're driving and looking for an address, you turn down the volume on the radio?
*Why is lemon juice made with artificial flavor, and dishwashing liquid made with real lemons?
*Can you buy an entire chess set in a pawn shop?
*Did Noah keep his bees in archives?
*Do jellyfish get gas from eating jellybeans?
*Do pilots take crash courses?
*Do stars clean themselves with meteor showers?
*Do you think that when they asked George Washington for ID that he just whipped out a quarter?
*Have you ever imagined a world with no hypothetical situations?
*Have you ever seen a toad on a toadstool?
*How can there be self-help “groups”?
*How do you get off a non-stop flight?
*How do you write zero in Roman numerals?
*If a jogger runs at the speed of sound, can he still hear his Walkman?
*If athletes get athlete's foot, do astronauts get mistletoe?
*If Barbie's so popular, why do you have to buy all her friends?
*If blind people wear dark glasses, why don't deaf people wear earmuffs?
*If peanut butter cookies are made from peanut butter, then what are Girl Scout cookies made out of?
*If space is a vacuum, who changes the bags?
*If tin whistles are made out of tin, what do they make fog horns out of?
*If white wine goes with fish, do white grapes go with sushi?
*If you can't drink and drive, why do bars have parking lots?
*If you jog backwards, will you gain weight?
*Why do the signs that say "Slow Children" have a picture of a running child?
*Why do they call it "chili" if it's hot?
*Why do we sing “Take me out to the ball game,” when we are already there?
*Why is the time of day with the slowest traffic called rush hour?

This from my Top5 days:

Worst Piece of Advice From a Doctor...
1> "Eat more and exercise less; I could use the business."

This is my 17th number one in 18 years of contributing to the list--which means, on average I hit the top once every year.  But of course, from 2003-2014 I didn't participate at all, so actually my average is more like two or three times a year. Maybe if I had kept at it I could have been inducted into the hall of fame

Also, The Top 11 Reasons to Visit the Abercrombie & Fitch Emergency Room
6> No one over 30 allowed in, resulting in much shorter lines at the admissions desk.

I grew up in a labor household. My father was a Teamster, and I made quite a study of American labor history. This, and the stories my father brought home from work, gave me a particularly jaundiced view of the quality and intelligence of most managers. Every year for 20 years, Dad would come home from the Christmas meeting at the dairy bearing the news that they had lost money and were headed out of business. Then one year, lo and behold, they actually did go out of business! Anyway, the people who ran the dairy were never the sharpest tools in the shed. The wheel was turning, but the hamster had died.

It is in this spirit that I present a very old shaggy dog story that I have loved since the first time I heard it because of the high level of essential truth it contains:

Once upon a time, an American automobile company and a Japanese auto company decided to have a competitive boat race on the Detroit River. Both teams practiced hard and long to reach their peak performance.

On the big day, they were as ready as they could be. The Japanese team won by a mile.

Afterwards, the American team became discouraged by the loss and their morale sagged. Corporate management decided that the reason for the crushing defeat had to be found. A Continuous Measurable Improvement Team of "Executives" was set up to investigate the problem and to recommend appropriate corrective action.

Their conclusion: the problem was that the Japanese team had 8 people rowing and 1 person steering, whereas the American team had 1 person rowing and 8 people steering. The American Corporate Steering Committee immediately hired a consulting firm to do a study on the management structure.

After some time and billions of dollars, the consulting firm concluded that "too many people were steering and not enough rowing." To prevent losing to the Japanese again next year, the management structure was changed to "4 Steering Managers, 3 Area Steering Managers, and 1 Staff Steering Manager" and a new performance system for the person rowing the boat to give more incentive to work harder and become a six sigma performer. "We must give him empowerment and enrichment." That ought to do it.

The next year the Japanese team won by two miles.

The American Corporation laid off the rower for poor performance, sold the paddle, canceled all capital investments for new equipment, halted development of a new canoe, awarded high performance awards to the consulting firm, and distributed the money saved as bonuses to the senior executives.

Back in the dark ages of the Internet, I was a regular contributor to Topfive.com, which later became Humorlab, which later became defunct. I regularly submitted items with “Lambada” or “Macarena” in them. They have ALMOST all disappeared down the memory hole, but here’s one from November 2005:

The Top 16 Surprises in the New “Star Trek”