You’ve Got To Be Taught

This Rogers and Hammerstein song from South Pacific (1949) is as true today as the day it was written, which is why several southern states once banned it for being “Communist.”

My love song recital is on Spotify: Live from Orinda

Turns out combining the two parts of my Love Song Recital creates a file too big for YouTube to handle deftly.

Find the half hour here: Part 1 and Part 2. Coming soon: each song edited separately, as well as a Live Album on iTunes.

As per my note last week, here’s video of my Love Song Recital: Part 1 and Part 2. There will be a better edit soon, but in the meantime this is the raw footage.

Two days after my 70th birthday I sang love songs to my wife for a half hour. I enjoyed it, she enjoyed it, and so did my daughters and their husbands.

I found a talented accompanist, Nathan Joseph, who could both lead and follow me. He played his electric piano as I sung transposed charts suitable for my baritone.

Regular readers will remember the previous steps; I started writing love poems to Vicki, then paid a Welsh freelancer to set them to music and sing them. I don’t sing as well as he does, but I like to think there was more heart in my version. I will be posting links to the video (kindly shot by one of my sons in law) as soon as it’s available.

I love to perform in public, so I considered this recital a gift from them to me. There were only five people in the audience, not counting my grandchildren who weren’t all that interested. I suspect that’s as many people as were listening to me 55 years ago when I first broadcast on KBPS. But it was more people then watched the Pauli Schindler show which I put it on with my brother Steve at age 10. The microphone was a string tied to a spoon, and the camera was a broom.

King of the Keys

I have written a freelance writers’ version of Roger Miller’s King of the Road, King of the Keys. Lyrics include, “I sing, Adverbs for sale or rent, Nouns to let, 50 cents...” and “I sell old essays I have found, short, but not too profound.”

The column to the right on this blog contains permanent content, most of which has appeared at one time or another in the main body. I’ve decided to include a reminder.
Paul Schindler Love Songs
Check out my growing list of love songs!

The column to the right on this blog contains permanent content, most of which has appeared at one time or another in the main body. I’ve decided to include a reminder of said content each week.

Parodies By Paul... and Robert

After a year’s hiatus, the Danville Community Band Christmas Concert is Back. 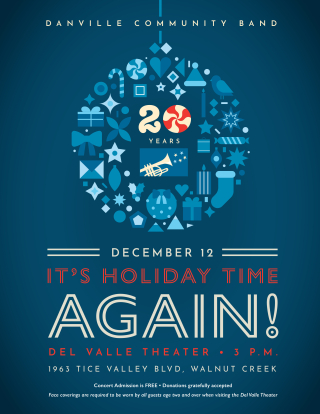 The column to the right on this blog contains permanent content, most of which has appeared at one time or another in the main body. I’ve decided to include a reminder of said content each week.