During my 30 years as a journalist, I bought a copy of the World Almanac every year and saved all the old ones until the Internet made them obsolete. So I enjoyed this excerpt from Earth by the Daily Show with Jon Stewart that appeared in my UPI chat: a list of religious books, New Testament, Old Testament, The Koran and, Ready? The 2010 World Almanac.

Venerated by: People who still hadn't discovered the Internet.

Who Actually Wrote It: an intern with last year's almanac and access to Wikipedia.

Questionable Claim: somebody somewhere cares when Vivian Vance was born.

Okay to Burn? Knock yourself out.

Survey: Design of this Blog

Google persistently tells me this blog is not mobile-friendly. I find it friendly enough if I turn my phone sideways. But I’ve decided to experiment with a phone-friendly version.

Here is the test blog. Please have a look. You’ll help me decide if you answer this two-question survey

Thank God And Guru: One Charging Cable To Rule Them All

One cable type for everything. A single standard for all power cables, meaning interchangeable and less expensive chargers, except for devices like the Apple iWatch which cannot be charged with a cable).

Let me translate that for you: No More Lightning Connectors! It seems unlikely that Apple will make separate European versions of everything, or that it will give up the European Market.  For me, it means no longer taking four kinds of cables with me on vacation, “Just In Case.”

I admit it would be nice if all USB connectors were reversible, like the Lightning connector. Maybe vendors could paint one side black, just so we wouldn’t have to toss a coin every time we plug something in.

I am old enough to remember the Wild West days of DOS before the IBM PC. A dozen serial connectors (RS-232 anyone?) and a dozen parallel connectors (Centronics Parallel anyone?). Standards are good. They lower costs and make life easier for consumers. What’s not to like?

I love quoting my good friend, one of the fathers of the PC, George Morrow. On the subject of standards, he was both flippant and serious.

Flippant: “I believe in standards.  Everyone should have them.”

Serious: “It is the user's responsibility to promote standards.  Companies that try to set their own standards should not be rewarded by getting the users' dollars.”

When serious, he was not only right, he placed the responsibility where it belongs: on us, the users.

Workers of the World Unite! You have nothing to loses but your chains―comprised of random charger cables. God Bless The EU!

Should You Thank A Man?

I remember a discussion that was held with some vigor in the early days of second-wave feminism: should you thank a man for doing housework? Isn’t that the least you should expect? Do you say thank you for doing what you’re supposed to do?

If you want to see the depth of feeling that attaches to this issue still, Google “should you thank a man.”

I prefer the solution we use at our house―even though the literature says this usage is vile and wrong and demeaning as well. We thank each other for the daily things we do. I see nothing wrong with expressing gratitude to your partner for keeping the house running. Especially as I believe I am doing my fair share. Thank goodness we have reached an accommodation; I do the things I don’t hate, she does the things she doesn’t hate. Everything gets done and the work is evenly divided.

There Are No Little Things 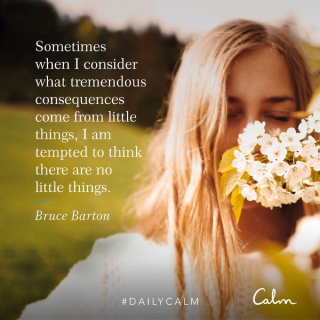 Run, do not walk, to the theater to see this film. It was only our second post-covid theater experience, but was great: lots of social distance at a weekday matinee.

I mean, really. What’s not to love? George Clooney and Julia Roberts as the bickering divorced couple in a romcom,  brought together by their daughter’s ill-advised. hasty destination marriage in Bali. She just graduated law school the week before. TOO SOON!!!

The plot isn’t the point; watching these two stars is the point.

At 1:44, it’s only 14 minutes too long, and even at that, it passes the watch test because I never looked. Since the stars are 61 and 55, they are even age-appropriate; how rare is that? Of course the woman should be six years older than the man, as many of you know from my example. Turns out the pair has been in six movies together since Oceans 11 in 2000. I know screen chemistry isn’t really a thing―that’s why the call in acting―but if it were, this pair has it.

My favorite line: Clooney: “This is an armrest, not a metaphor.” I guess you have to have been there to know how hysterical this is. “We were married five years but it felt like 19.”

What Oz Means
Amy Schumer’s funny take on What Mehmet Oz means when he says abortion should be between "a woman, her doctor, and local political leaders."
…
Dormphone Days
One of the term-time jobs I took to earn my way though MIT was at Dormphone, the Dormitory Telephone System (DTS), later known as Dormline. Dorrmphone Days.
…
Dumb Days
I was talking about the supercut of my Chronicle reviews when I recalled I did commentaries in the 1987-88 season,  also with a large dollop of shtick. The hardest one (steep hillside, dramatic leap, no teleprompter) was my commentary on Software Piracy.